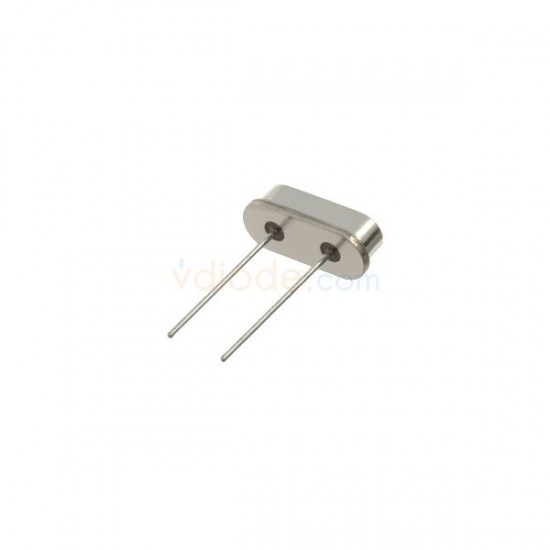 A quartz crystal provides both series and parallel resonance. The series resonance is a few kilohertz lower than the parallel one. Crystals below 30 MHz are generally operated between series and parallel resonance, which means that the crystal appears as an inductive reactance in operation, this inductance forming a parallel resonant circuit with externally connected parallel capacitance. Any small additional capacitance in parallel with the crystal will thus pull the frequency downwards. Moreover, the effective inductive reactance of the crystal can be reduced by adding a capacitor in series with the crystal. This latter technique can provide a useful method of trimming the oscillatory frequency within a narrow range; in this case inserting a capacitor in series with the crystal will raise the frequency of oscillation. For a crystal to operate at its specified frequency, the electronic circuit has to be exactly that specified by the crystal manufacturer. Note that these points imply a subtlety concerning crystal oscillators in this frequency range: the crystal does not usually oscillate at precisely either of its resonant frequencies.

Crystals above 30 MHz (up to >200 MHz) are generally operated at series resonance where the impedance appears at its minimum and equal to the series resistance. For these crystals the series resistance is specified (<100 Ω) instead of the parallel capacitance. To reach higher frequencies, a crystal can be made to vibrate at one of its overtone modes, which occur near multiples of the fundamental resonant frequency. Only odd numbered overtones are used. Such a crystal is referred to as a 3rd, 5th, or even 7th overtone crystal. To accomplish this, the oscillator circuit usually includes additional LC circuits to select the desired overtone. 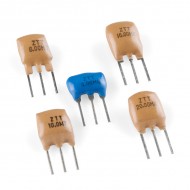 SOLD OUT
Crystal Oscillator 3PIN
A ceramic resonator is an electronic component consisting of a piece of a piezoelectric ceramic material with two o..
3.00EGP
Add to Cart
Add to Wish List Compare this Product
Buy Now Ask Question
Quickview 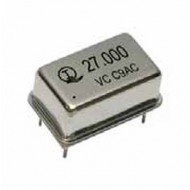 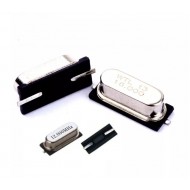