Arduino Board Based ON ATMEGA1284P 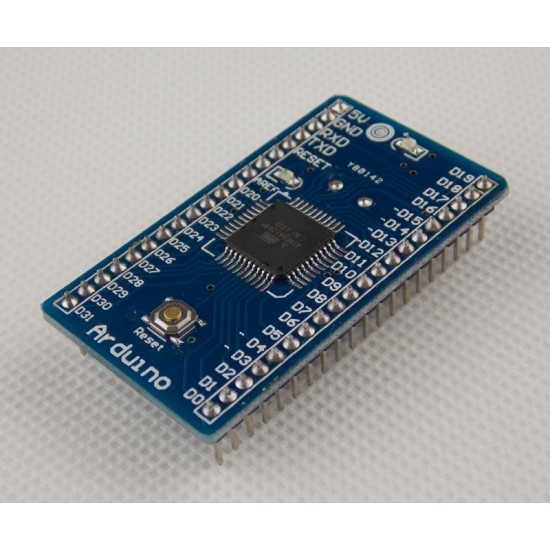 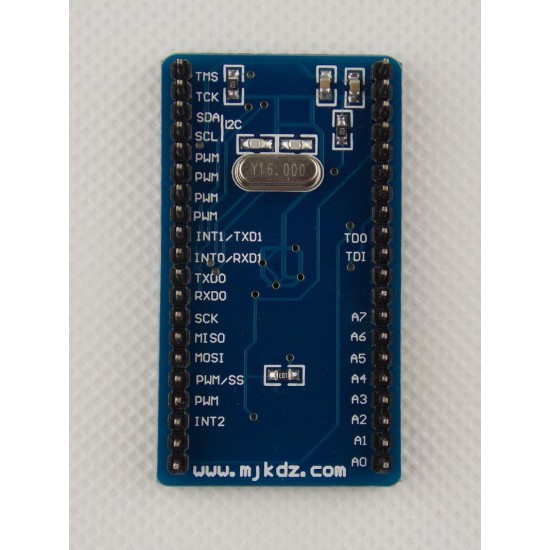 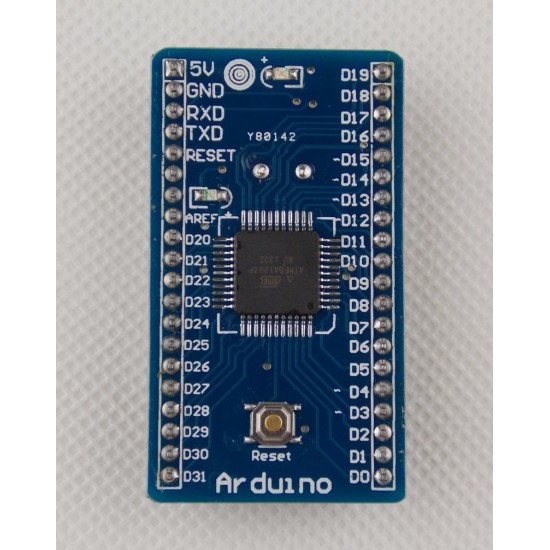 The obvious solution to this problem is an Arduino Mega 2560. Oh yeah, this thing is powerful! 54 pins! 4 UARTS! 8k RAM! You add it to your cart, and then realize it’s almost 200LE.

Now maybe you’re wondering, isn’t there anything in-between that might be a bit less cash? Indeed there is, it’s called the ATmega1284P and today I’m going to explore getting Arduino to run on it, on a breadboard.

Here’s a quick breakdown of three chips… The 328P powers the Uno, the 2560P powers the Mega 2560, and the 1284P is the ‘Goldilocks’ chip, nestled right in the middle–EXCEPT for RAM. It has an abundance of RAM (16k!) which is important because RAM is typically the resource you run out of the quickest.

I’m going to build an Arduino ATmega1284P circuit on a breadboard, burn a bootloader, and upload sketches to it, all using the Arduino 1.0 IDE. This will all go better if you have done it once first with a regular ATmega328P. Doing these things on that chip is well-documented, and easy to get support on the forums if something goes wrong.

So first, read up and practice up on a 328P with help from these handy pages on the Arduino Wiki:

·      Building Arduino on a Breadboard

There are three sections to the circuit show above. (Click on the image for a higher-resolution).

Power/Timing. I’m using a 16MHz crystal and 22pF caps for timing and a 0.1uF cap for power.

FTDI. I use a UGE Electronics CH340 breakout to program everything, so I’ve set this breadboard up with a connector for that mechanism.

Arduino ISP. To burn the boot loader using Arduino as ISP, six connections are needed from the Arduino. The from/to pins are indicated on the schematic.

For another view, check out this forum thread: Using the 1284p/664p (IDE, bread board and boot loaders)

The Arduino makes it easy to support a new ‘Hardware Platform’. The files you need are hosted on github, the Mighty 1284P Platform for Arduino.

WARNING this ONLY WORKS on Arduino 1.0. It would be possible to back-port to 0022, but seems unneeded now that 1.0 is nearing final release.

2.    Unzip it a folder called ‘hardware’ off your sketches directory, e.g. /Users/maniacbug/Source/Arduino/hardware/mighty-1284p

Once you have the Mighty 1284P platform set up, burning a bootloader is trivial. Follow the Arduino ISP instructions. You first burn the “Arduino ISP” sketch onto a regular Ardunio. Then change the “Boards” setting to the Mighty 1284P, hook up the ‘Arduino’ connections in the schematic above, choose “Tools > Programmer > Arduino as ISP” from the IDE, and then “Tools > Burn bootloader.”

To verify that it worked, move the LED to pin 1, and power cycle the breadboard. When the bootloader starts it flashes pin 1.

Uploading a sketch is trivial now that the platform is set up and bootloader is in place. Try the ‘Blink’ example first, but change the LED pin to ‘1’ in the sketch. (Of course, move the LED back to the right pin, which is pin 2 on the MCU).

When you refer to a “pin” in the Arduino environment, e.g. “digitalWrite(13,HIGH)”, the system maps that pin onto a MCU pin. There is definitely no standard pin mapping for 1284P, many people have published their own. I chose a mapping that makes sense for the breadboard, where the digital pins start at MCU pin 1, and simply go around the chip counter-clockwise.

Arduino Board Based ON ATMEGA1284P
Product Views: 5170
Based on 0 reviews. - Write a review
200.00EGP
Add to Cart
Buy Now Ask Question
Add to Wish List Compare this Product 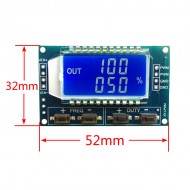 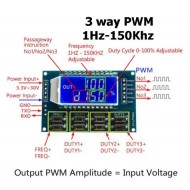 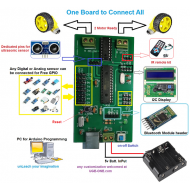 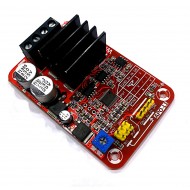 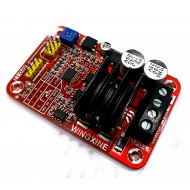 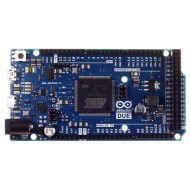 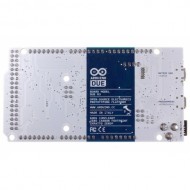 Arduino Due
The Arduino Due is a microcontroller board based on the Atmel SAM3X8E ARM Cortex-M3 CPU (datasheet). It is the first Arduino board based on a 32-bit A..
470.00EGP
Add to Cart
Add to Wish List Compare this Product
Buy Now Ask Question
Quickview 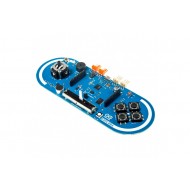 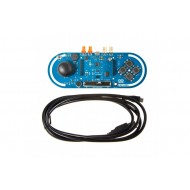 SOLD OUT
Arduino Esplora
INTRODUCTIONThe Arduino Esplora is a fun microcontroller board derived from the Arduino Leonardo. The Esplora is unique because it provides a numb..
800.00EGP
Add to Cart
Add to Wish List Compare this Product
Buy Now Ask Question
Quickview 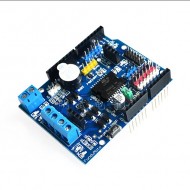 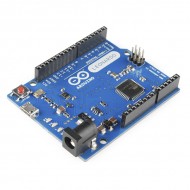 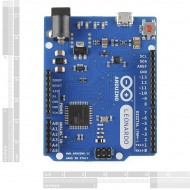 SOLD OUT
Arduino Leonardo
The Leonardo is Arduino's first development board to use one microcontroller with built-in USB. Using the ATmega32U4 as its sole microcontroller a..
180.00EGP
Add to Cart
Add to Wish List Compare this Product
Buy Now Ask Question
Quickview 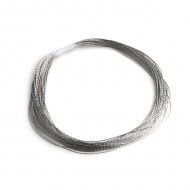 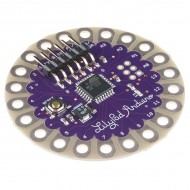 SOLD OUT
Arduino LilyPad MEGA328 Main Board
Description: The LilyPad Arduino 328 Main Board is an Arduino-programmed microcontroller designed to be easily integrated into e-textiles and wea..
120.00EGP
Add to Cart
Add to Wish List Compare this Product
Buy Now Ask Question
Quickview 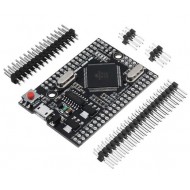